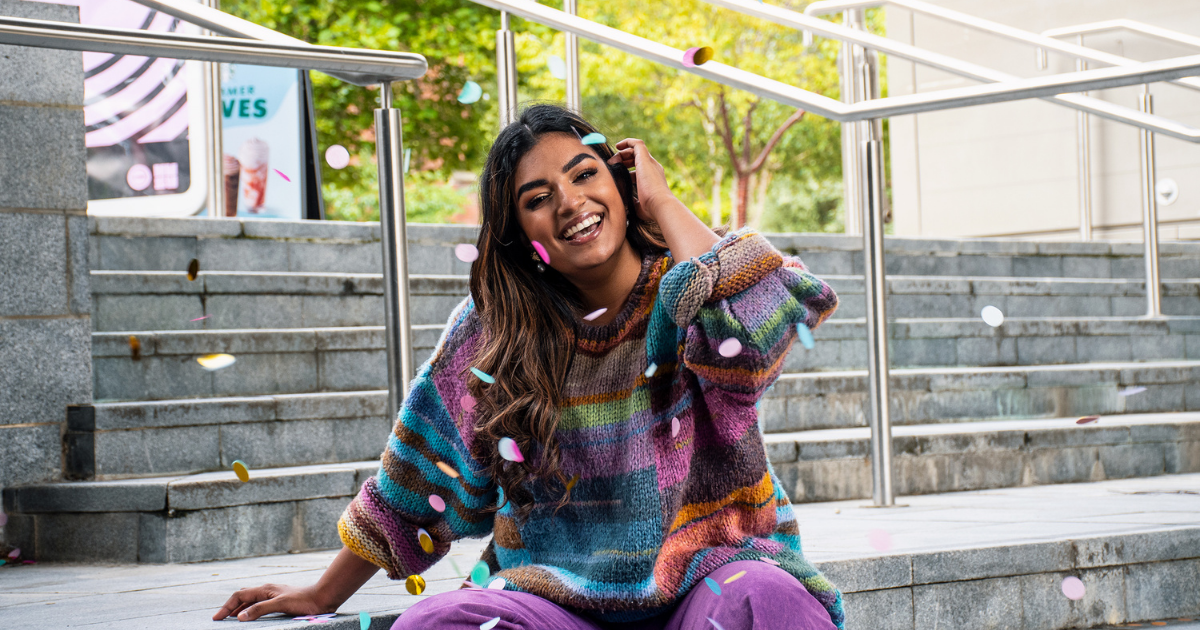 Briana Gordhan, Welfare and Equality Officer, NUSU, talks to us about her COP26 experience, what it meant to her to be there, and the learning she will take from it to make a difference.

Although this may sound corny, from a young age I have been passionate about the environment and sustainability. It is also the career path that I would like to take, so the opportunity to attend COP26 was an honour and something of a dream. Our generation has lots of decisions to make and these will be critical. Young people can make a better world and we must not lose sight of this.

The environment in which we live is being impacted on so many levels, environmental and financial just to name two. We know that the climate crisis is at its tipping point and that can make you feel like things are outside of your control. The Government often fail to put what is right first and this leaves so many young people feeling like they can’t change things, so why should they care? I want to empower our students to realise that together we can make a meaningful impact. Young people do have a voice and it is crucial now more than ever that we grow into the decision-makers who can sow the seeds for a better future.

Importantly, one of the focus points for our attending COP26 was the Youth Empowerment Day, which was all about celebrating youth activism and helping young people to understand their critical role in decision making. We were part of the panel discussion alongside people from the UN Youth Advisory Group and other global ambassadors. It was an honour to attend this session with so many young trailblazers offering their international perspectives.

There were also events like ‘So you want a green career?’ where we got to hear from the department for education, the company ‘Too good to go’, and various other green company owners. The focus of this session was that in fact, any job can be a green job, if all industries put people and the planet first. Businesses need to prioritize the environment by putting ethics before finances. But how can emerging ethical businesses do so when policy and practice are rigged against them? Going green can be more expensive, so it's important to support those who do this through things like tax relief. To me, there are severe shortfalls in the government’s attempts to grow the environmental sector through apprenticeship schemes, a focus on environmental jobs, and renewable energy. Although it is a step in the right direction, we as students, can and should be asking for more from our governments. The fact is, they might not be here to see the climate crisis tip. But we will. 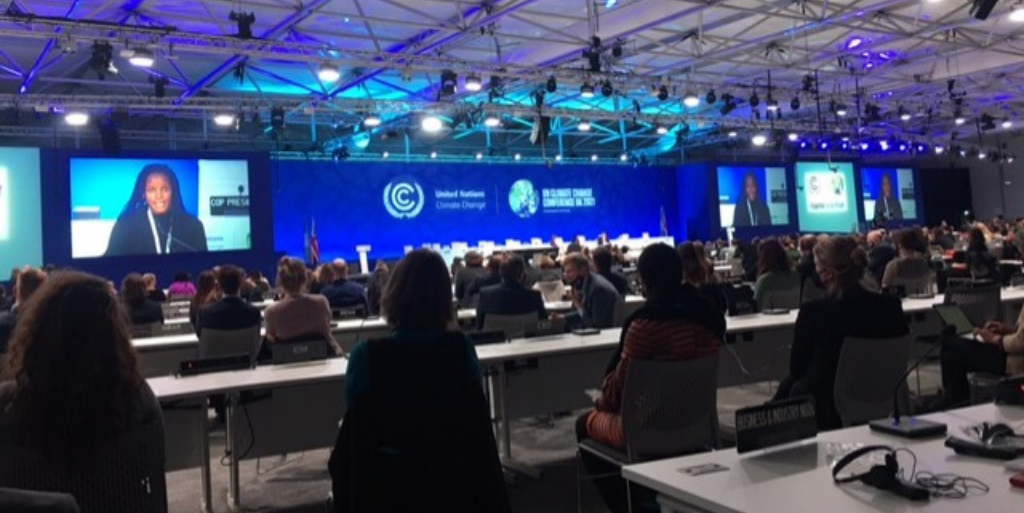 The protests were the most impactful for me personally – so many people united in solidarity for our planet– this was the heart and soul of the conference. It highlighted what real people can do when they come together.

And I had so many incredible conversations. Speaking to people from all over the world highlighted the fact that indigenous populations, and particularly women who are on the front lines, are disproportionately bearing the brute of devastation. While many women in developing countries tend to work more to secure livelihoods, they also suffer gender inequalities with respect to human rights, political and economic status, land ownership, housing conditions, exposure to violence, education, and health. It is women who additionally are given childcare responsibilities that prevent them from migrating or seeking refuge or work in other places when the disaster hits. For women on the front lines, climate change will be an added stressor that will aggravate women's vulnerability and the impacts will be devastating. I think of everything that set the biggest fire in my belly – the toll our actions are having on the global majority and how people of colour and women especially are being affected. It was utterly heart-breaking.

This was brought home to me in a discussion with the representatives from the Amazon. One woman who spoke was Maricela Yuri Gualinga Santi, Vice President of Sarayaku, Ecuador. Merely a few years older than me, Maricela joins the conference every year to share how the Amazon is being destroyed. Yet she is never invited to join the negotiations and her family and community continue to have their way of life threatened. A threat so severe, that the price is often death. The burden on those that are affected is disproportionate and it is the western populations who have caused much of this damage who must work to put it right.

And an exchange that was both shocking and personal was a conversation with the representative from Fiji who was there talking about the impact that climate change is having on the Pacific Islands. I’m from New Zealand and remember vividly visiting there when I was younger and experiencing a severe flood first-hand. That was ten years ago now so I can only imagine how much worse things must be today. 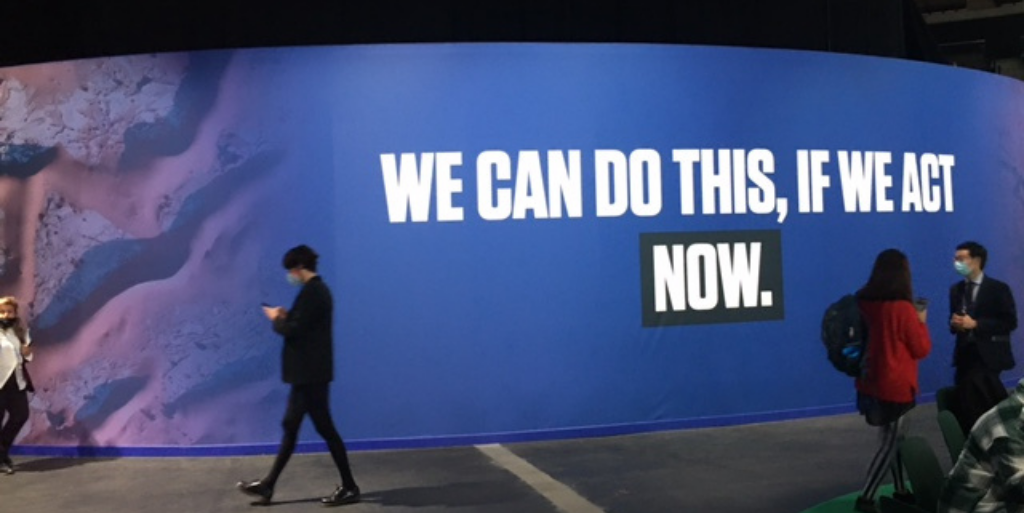 From my response, and that of what you might read in the media, it might seem that there was more bad, than good at COP26. While I speak critically, the conference inspired me to do so much. I want to empower students so that they feel that they can make a difference. There are everyday things that we can all easily do, and when we all do them, they matter. By using green companies, we can encourage businesses to take an environmental approach, by learning what to recycle, we can do our bit. By checking the environmental impact of the products, we buy we can make the right purchases to lesson our environmental footprint. There’s an app you can download to help you do this ‘Open Food Facts’, and the information sitting behind it is independent. There’s power in the little actions that we can all take and when we do this together, we can make a difference. But beyond that too, I would say don’t underestimate your power. Collectively, we have an incredible influence over businesses, institutions, and governments. So, speak a little louder. On a university level, the Students Union President and I are working on a sustainability forum and a campaign and policy changes later in the year. Please do email us if you would like to be involved.

Finally – The solution to the climate crisis undoubtedly lies in the wisdom and knowledge held by those indigenous populations whom it affects the most. They are the solution to the climate crisis, and we must work with them to change our negative ways and undo the damage that we have caused. We must learn to think in a different way. The important thing we should all remember is that we can make a difference by speaking up, by caring about one another and the environment, and by doing what is right rather than easiest.

COP26: Get Involved and Learn More